Bogusław Schaeffer’s output as a composer and experimenter is profound. He has created over 550 musical works, 400 graphic pieces, 46 plays translated into 17 lanuages and written 17 books. Born in Lwów, Poland (now Lviv, Ukraine), he became a member of the ‘Cracow Group’ of Polish composers alongside Krysztof Penderecki. He taught at the Kraków Academy and was later professor of music at the Hochschule für Music in Salzburg until his retirement in 2000.

‘whatever is possible in music is music’ – Bogusław Schaffer 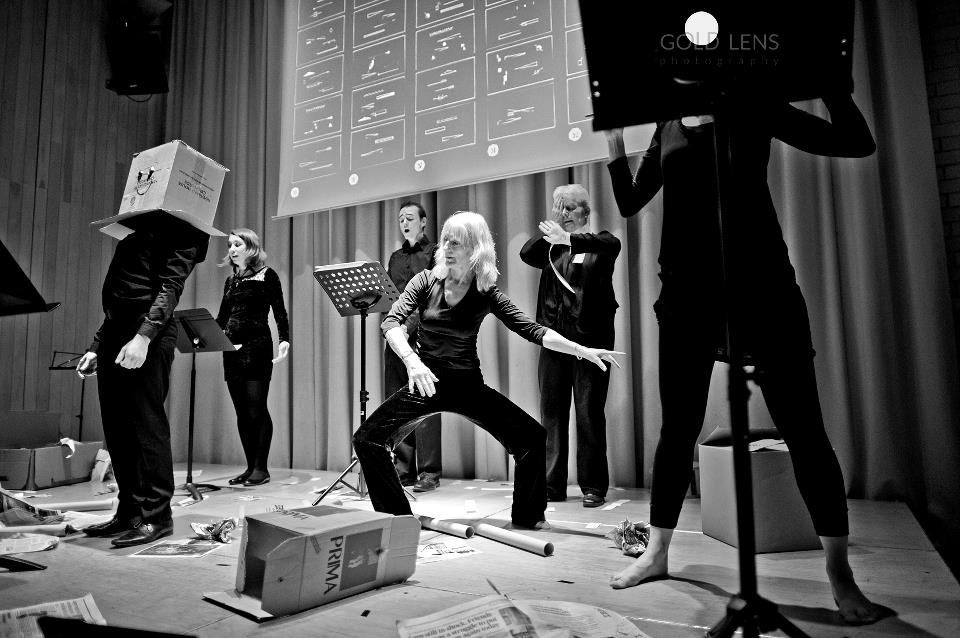 Schaeffer has become famous for his experiments in graphic notation.  His coloured Grafiki span some 40 years and are made of bright collages including pictures, graphics, blocks of colour and extracts of notation from his other works.

In a concert at the Forge, Camden, the Vocal Constructivists explored Schaeffer’s Lektura for six performers. The work is constructed from 88 graphics, each of which Schaeffer says can be interpreted in a different manner. The piece is structured in boxes, with mixed numbers of graphics in each box, forming a string of complex actions for each performer.

Below are some extracts from Schaeffer’s Grafiki : 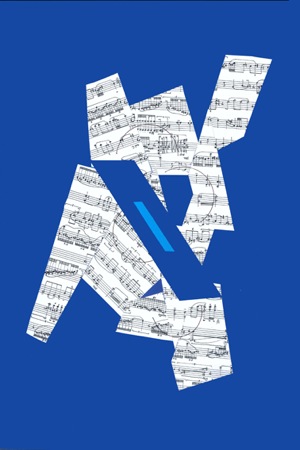 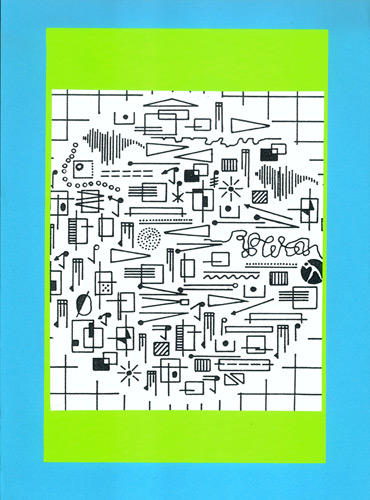 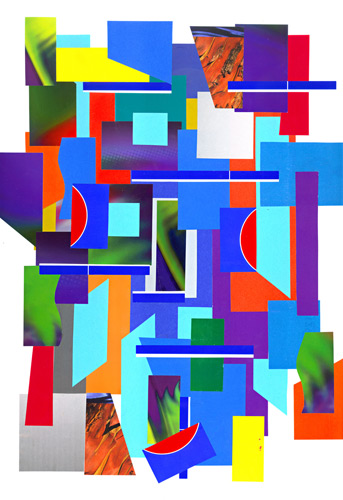 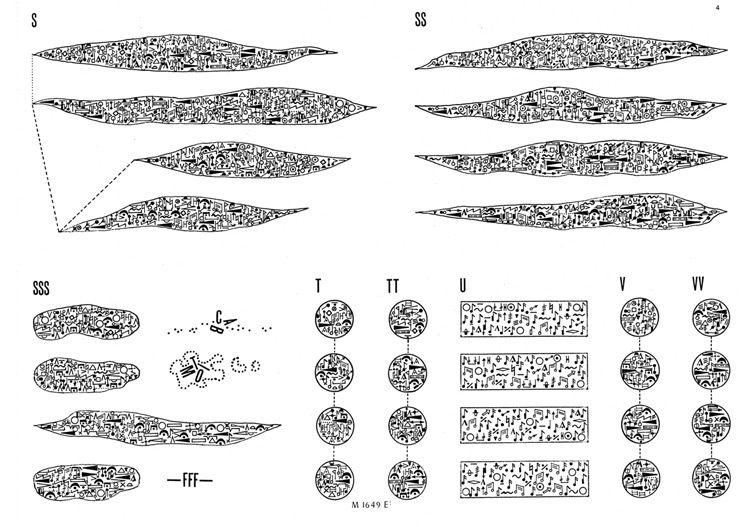